A burst pipe is a plumbing emergency! Don't wait - call Nixco Plumbing Inc. at (513) 445-5142 for fast, reliable, and efficient emergency repair so you can get back to your routine with the least disruption possible. 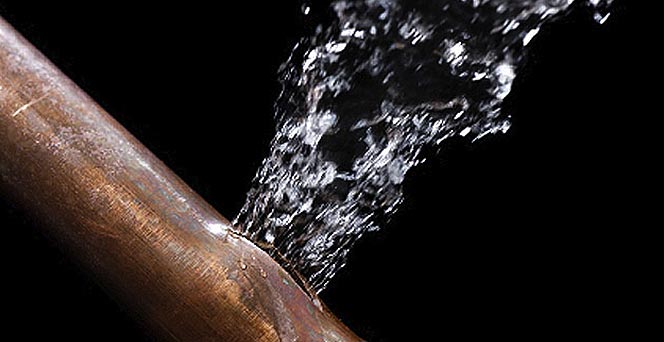 When your home was constructed, plumbers installed pipes along walls, ceilings, and underground to move water to bathrooms and kitchens. Waste water must move out of the building, requiring another pipe configuration. Over time, you may experience burst pipes, either indoors or out in the yard.

At Nixco Plumbing Inc., we understand that burst pipes are serious issues that require immediate attention. Count on us to tackle all of your Mason burst pipe repairs.

Check out our customer reviews and feedback to find out why we're a leading plumber in Mason.

The most common cause for a burst pipe is exposure to freezing weather. For example, a pipe portion extends above your backyard's surface, exposing it to fluctuating temperatures. Any water within that pipe freezes and thaws, creating an expansion and contraction effect on the plumbing. Over time, the pipe cracks from the excess stress. Even pipes in the home can burst if temperatures drop low enough, such as in a mountain vacation home.

Burst pipes are also caused by natural reasons, such as tree roots and ground shifts. An aggressive tree with spreading roots may wrap around the ground pipe, effectively breaking it in half. Ground shifting from earthquakes is another issue. If the ground shakes enough, the pipe snaps and allows water to flow into the surrounding soil.

How Can You Avoid Burst Pipes?

Avoiding burst pipes simply takes plumbing maintenance and observation. If you see an exposed pipe around your property, insulate it by wrapping proper material around it. Reducing extreme temperature swings is an inexpensive way to avoid burst pipes. Allow our professionals to evaluate your home's plumbing at least once a year. We can pinpoint hairline cracks that may become big problems in the future.

If you aren't at home during the winter season, such as for a long vacation, consider running a slow trickle of water through your plumbing while you're gone. The moving water prevents any freezing within the pipes, effectively stopping any bursting possibilities. A thin trickle is all that is needed. Your water bill may rise slightly, but it's worth the price compared to a burst pipe repair.

Access our online discounts and coupons to save on a full range of our services.

How Can Professionals Repair Burst Pipes?

Interior burst pipes are relatively simple replacement jobs, but underground pipes are often repaired using trenchless technology. Using a camera, plumbers survey the damaged pipe from the inside. With proper evaluation, they may force a new pipe through the burst one, effectively replacing the pipe without extensive digging and landscape damage.

Another option is pulling the underground burst pipe out while installing the new pipe in its wake. Plumbers need access to the pipe's ends to align the plumbing correctly. Any burst pipes within walls or ceilings will need to be accessed with drywall removal. Because it may be saturated as well, drywall removal only helps you repair the area after the plumbing is upgraded.

All of our technicians are licensed and have passed a strict background check.

We take the time to listen to your questions and concerns and work around your needs.

Your system will be assessed before any work begins, so we can provide you with an accurate solution.

We are focused on educating our customers instead of pushing unnecessary services or products.

You will know exactly what to expect from start to finish, so there are never any unwanted surprises.